The CCI team was part of the original CELEB renovations that were completed in early 2004. So, we are extremely proud to have had the opportunity to partner once again with the Beloit College on this newest transformation.

BELOIT – Beloit College’s entrepreneurial center is set to have a grand re-opening event this spring as crews are putting the finishing touches on the building’s interior and exterior over the next few weeks.

The Center for Entrepreneurship in Liberal Education at Beloit (CELEB) spans the Houston and Hulburt buildings on East Grand Avenue in downtown Beloit. Brian Morello, 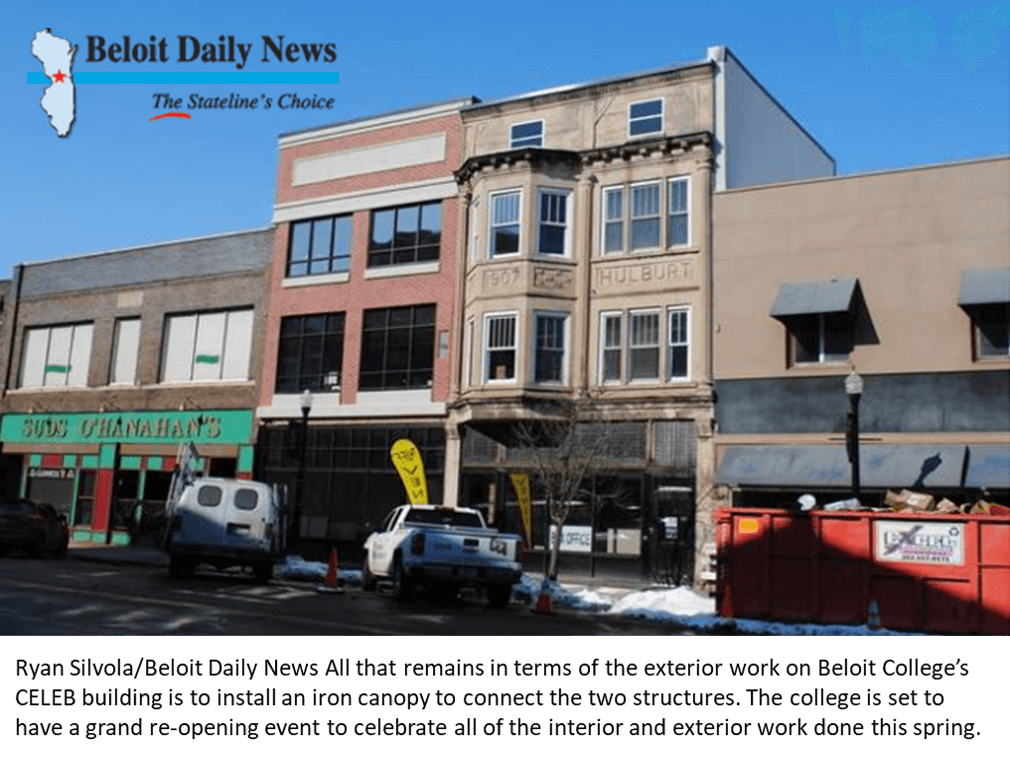 CELEB director, said there’s no official date for the grand opening yet, but the college already has held a few soft openings to prepare for the larger event later this year.

Most of the building is finished and operational, Morello said.

Two projects still are in the works. One is installing the iron canopy. It will run across both of the buildings bearing the entire CELEB name.

Most of the building’s furniture also needs to be installed. The furniture is being delivered on Feb. 22.

“We’ve tried to keep the features of the buildings while combining them into one center,” Morello said.

Exterior renovations include upgrading facade work and windows on both of the buildings and removing one of the entrances. The Houston building on the west side now has a facade that looks like brick, while the Hulburt building’s limestone has been cleaned. In order to make the building more accessible, the entrance has been lowered to ground level, and an elevator has been installed.