Corporate Contractors Inc is incredibly proud to have always been part of the Beloit community and its remarkable transformation.

It is not unusual for a well-constructed older or historical building to outlive its intended purpose. Take a tour through any city and you’ll see them, abandoned, standing dim and silent. Yet, if you listen carefully, you can still hear the buzz of commerce and the voices of quiet conversations. Look closely, instead of seeing a lonely structure weathered by time, you can vision a rebirth of activity, a new purpose . . . adaptive reuse.

CCI founders, Diane Hendricks, along with her late husband, Ken, have always had the innate ability to visualize the rebirth of activity within these structures. Many of them in the Beloit community are mentioned in the following article by the Milwaukee Biz Times.

We at CCI have a true passion for renovation and believe adaptive reuse is more than just fixing up an outdated building. These are the landmarks that give a community identity and historical continuity. Together with Diane’s undeniable visionary instincts and HCP’s staunch determination along with CCI’s talented craftsmen whose tireless efforts have creatively adapted them to the needs of today, these Beloit structures will continue to do so well into the future.

The reinvention of Beloit | Hendricks companies lead change in the city 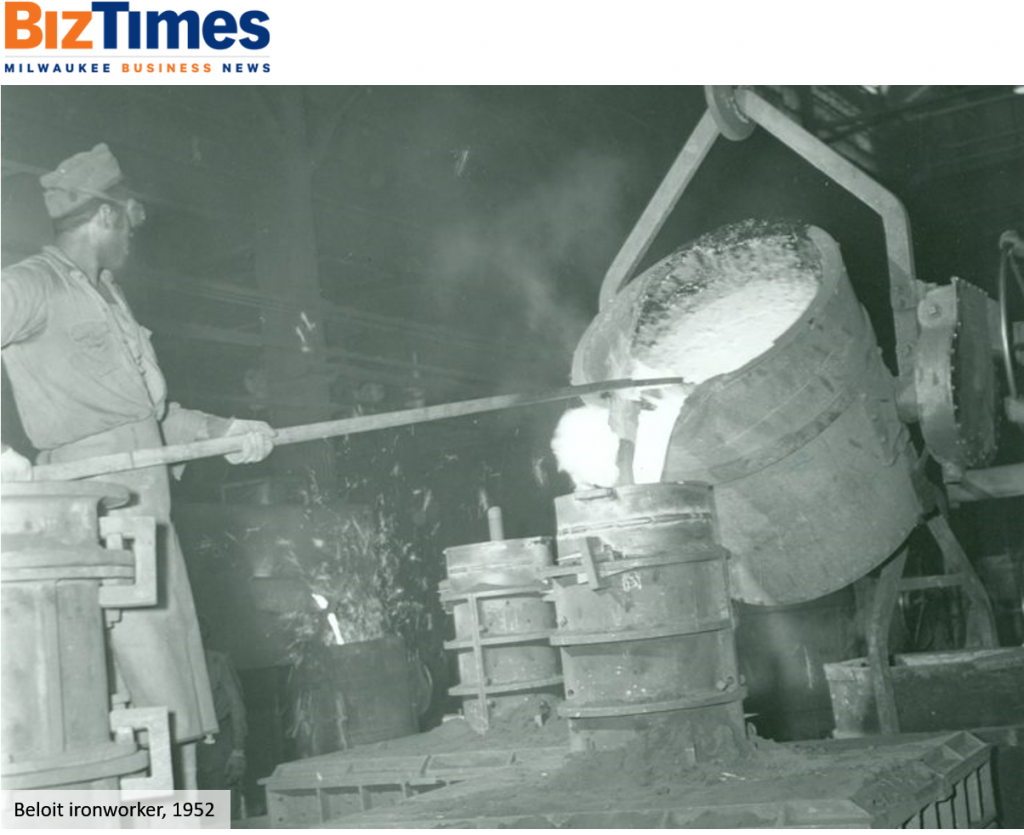 The year is 1885; four former employees of Beloit-based Merrill & Houston Iron Works have just purchased the company’s assets and renamed the company. Beloit Iron Works has 10 employees. In four years, the company will grow to 100 employees, and in 10 years, it will reinvent the industry and ship its first paper machines to Japan and China.

For the next 115 years, Beloit Iron Works, later Beloit Corp., would be an integral part of the lifeblood of the city—the hero and innovator of the community. At its peak, the company employed more than 7,000 people. Beloit’s identity was made on the backs of the hard-working iron workers, and later papermakers, who called the city home.