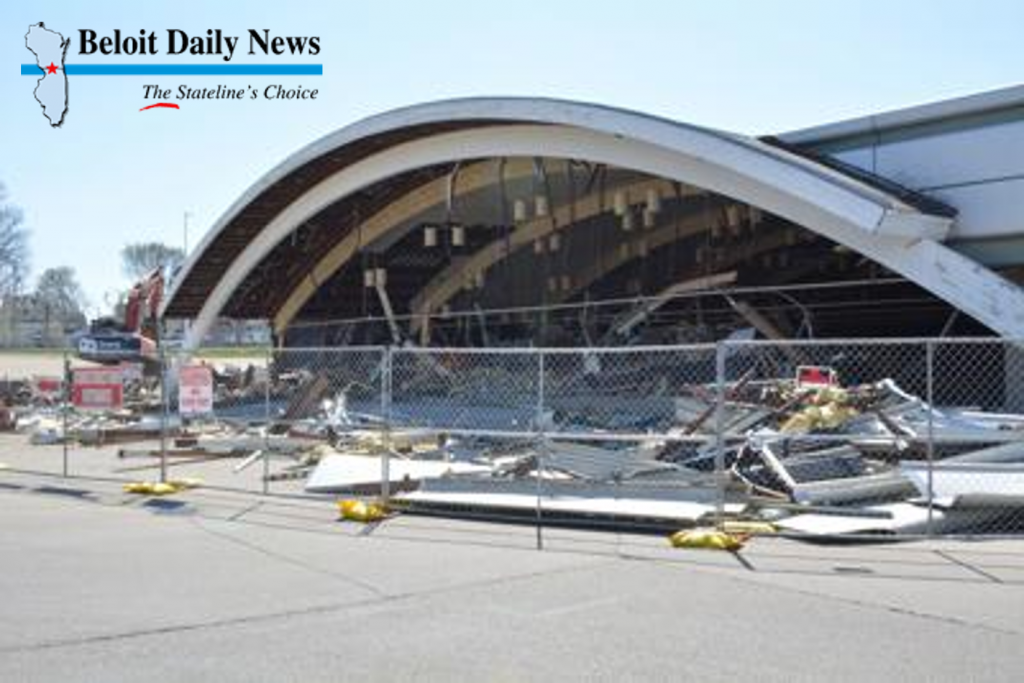 Demolition is underway at the former Kohl’s portion of the former Beloit Mall (now the Eclipse Center). The space is being considered as a possible site for a new charter school. By CLINT WOLF News Editor

BELOIT—Kids First Beloit is eyeing a location near the former Kohl’s building for the Lincoln Academy charter school.

The former Kohl’s building in the Eclipse Center is currently undergoing demolition work. The proposed school plan will go before to the city plan commission on May 6 and the Beloit City Council on May 18.

A conditional use permit has been requested to allow school use in a C-3 or community commercial zoning district. The building is proposed to be a free-standing building not attached to the Eclipse Center, similar to Associated Bank, according to information from City of Beloit Director of Planning and Building Services Drew Pennington and Director of Strategic Communications Sarah Millard.

“Kids First Beloit has been working closely with Hendricks Commercial Properties to determine a possible site location for The Lincoln Academy if the proposed charter school application is approved by the UW Office of Educational Opportunity. We believe the Eclipse Center campus would be an ideal site. It is in close proximity to the Merrill and Hackett neighborhoods, on a bus route, close to the public library and other community-based services. Given timelines associated with the project, we have submitted plans to the city requesting approval to proceed with a school project if authorization is received,” said Director of the Hendricks Family Foundation and Secretary of Kids First Beloit Lisa Furseth.