Construction of the ABC Supply Baseball Stadium is on track 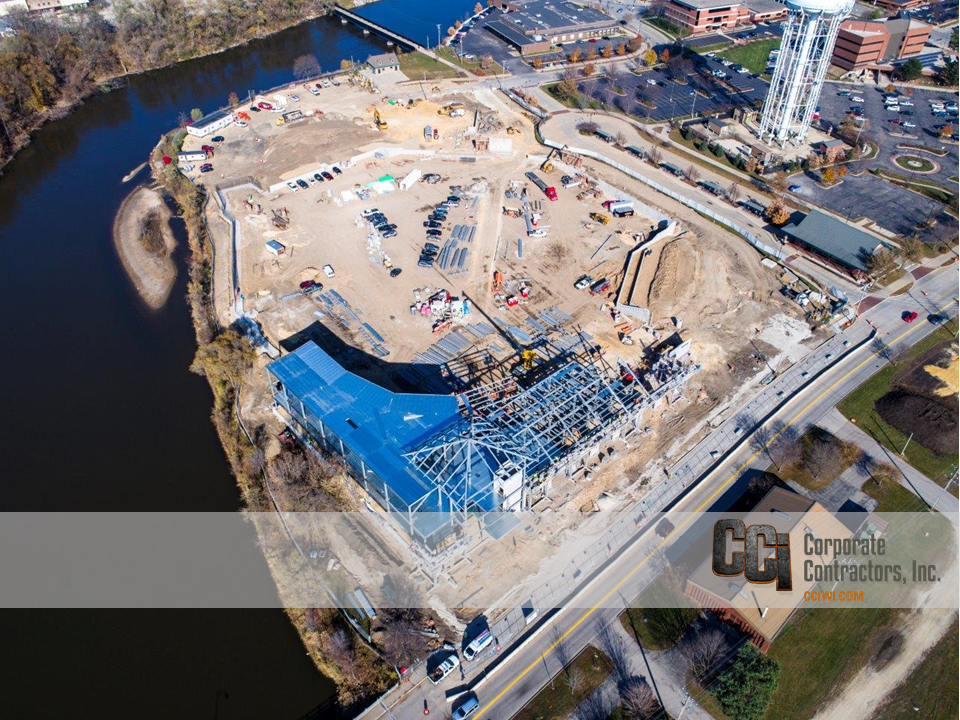 BELOIT – The Beloit Snappers had nearly everything a major league organization would look for: a brand new ballpark being built, new ownership with a proven track record and easy access to two major airports.

However, Quint Studer knew that in baseball nothing is guaranteed.

So when Studer, the new Snappers owner, received a call a few weeks back that Derek Jeter and the Miami Marlins wanted their Advanced-A affiliate to be in Beloit, he was elated.

“With everything we had going for us, we were certainly confident,” Studer said. “But that doesn’t mean that you’re going to get what you are looking for. So when we got word, it was great.

“I called (former Snappers president) Dennis Conerton with the news. When Diane Hendricks and I met with MLB, we didn’t really have a big issue with affiliation. We wanted to be team players, and we’re happy we ended up with Miami.”

The Snappers are still a member of the now 12-team Midwest League, formerly a low-A designation. They switched designations with the Carolina League and will now be one rung higher on the organizational food chain.

They are just a step below Class AA, and Studer was extremely pleased the Marlins will also be the parent club of his AA Pensacola Blue Wahoos organization.

“That’s going to allow us to do a lot of cross-promotional things,” Studer said. “I’m sure we’ll be giving away trips for fans in Beloit to go to Pensacola, and vice-versa. It’s great for the parent club, too, because that’s one less different ownership group they’ve got to deal with.

Studer said aligning with a team in the geographic region was a nice idea in theory but was never a realistic option.

“I saw some talk about getting with the Brewers, Cubs or White Sox, but that was never on the table for us,” Studer said. “For the most part, they were very happy with who they had as their affiliates and really stayed with them.”

The Marlins currently have the fourth-ranked farm system in baseball, according to MLB.com. And after making the playoffs last year, they are seen as an organization on the rise under the direction of Jeter, who is the CEO and part-owner of the franchise.