A grand opening for Block 42

The CCI team was proud to partner with the Studer family to complete the meticulous transformation of their impressive riverfront Bodacious Shops of Block 42.

With a giant pair of scissors, city leaders and store employees cut a red ribbon signifying the shops were officially open for business. 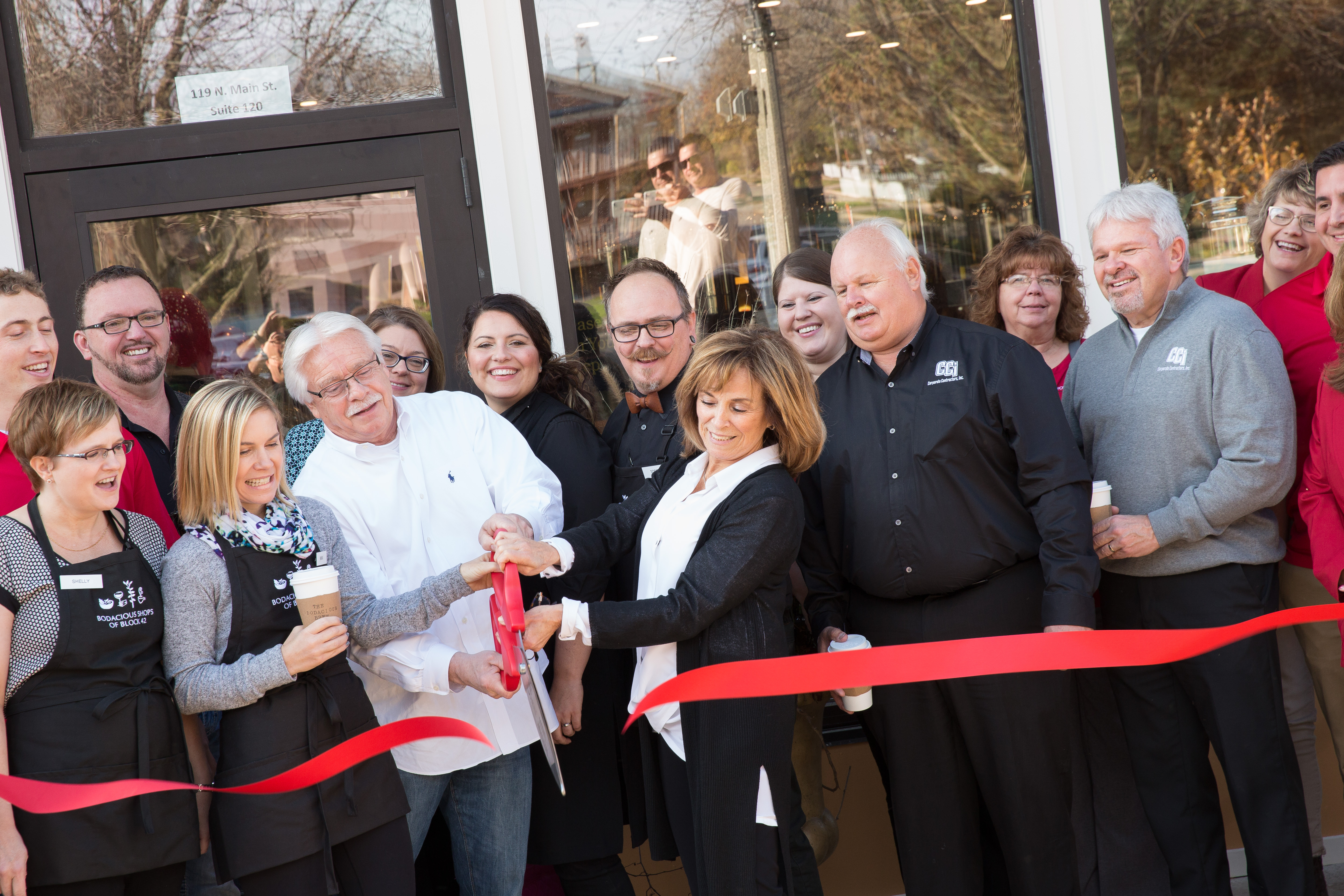 “We’ve been so pleased. We’ve been welcomed by the community,” store owner Rishy Studer said.

Block 42 is made up of four units. Three of the units house the Bodacious Shops, and the fourth unit is home to the winner of the Janesville Business Challenge, Sweet Velvet Cake Company.

Theresa Moe and her husband came out to the stores for the first time Thursday for the grand opening.

She said she was excited to see more development coming to downtown Janesville.

“I think the city needs it down here to bring in more of everything — more businesses, more people stopping in,” Moe said.

City leaders see the opening of Block 42 as just the start of what’s to come.

“It’s really remarkable and a tremendous, tremendous addition to our downtown,” John Beckord, Forward Janesville president, said. “And given that we’re on the cusp of a lot of projects, it’s great to have the first project like this be of such high integrity. It sort of sets the bar high for what might come after it.”

Inside the Bodacious Shops, there is the Bodacious Brew, which serves coffee in the morning and wine and cheese in the afternoon; the Bodacious Olive, which sells olive oil, vinegar, specialty salts and culinary pieces; and So Chopped, where people can make their own salad.