BELOIT—When Beloit Corp. closed its doors in 1999, the hulking foundry on Third Street in the heart of downtown was sealed up like a massive, 750,000-square-foot cocoon.

Years later, when a group of property redevelopers led by Beloit business moguls Diane and Ken Hendricks was exploring the massive papermaking machine 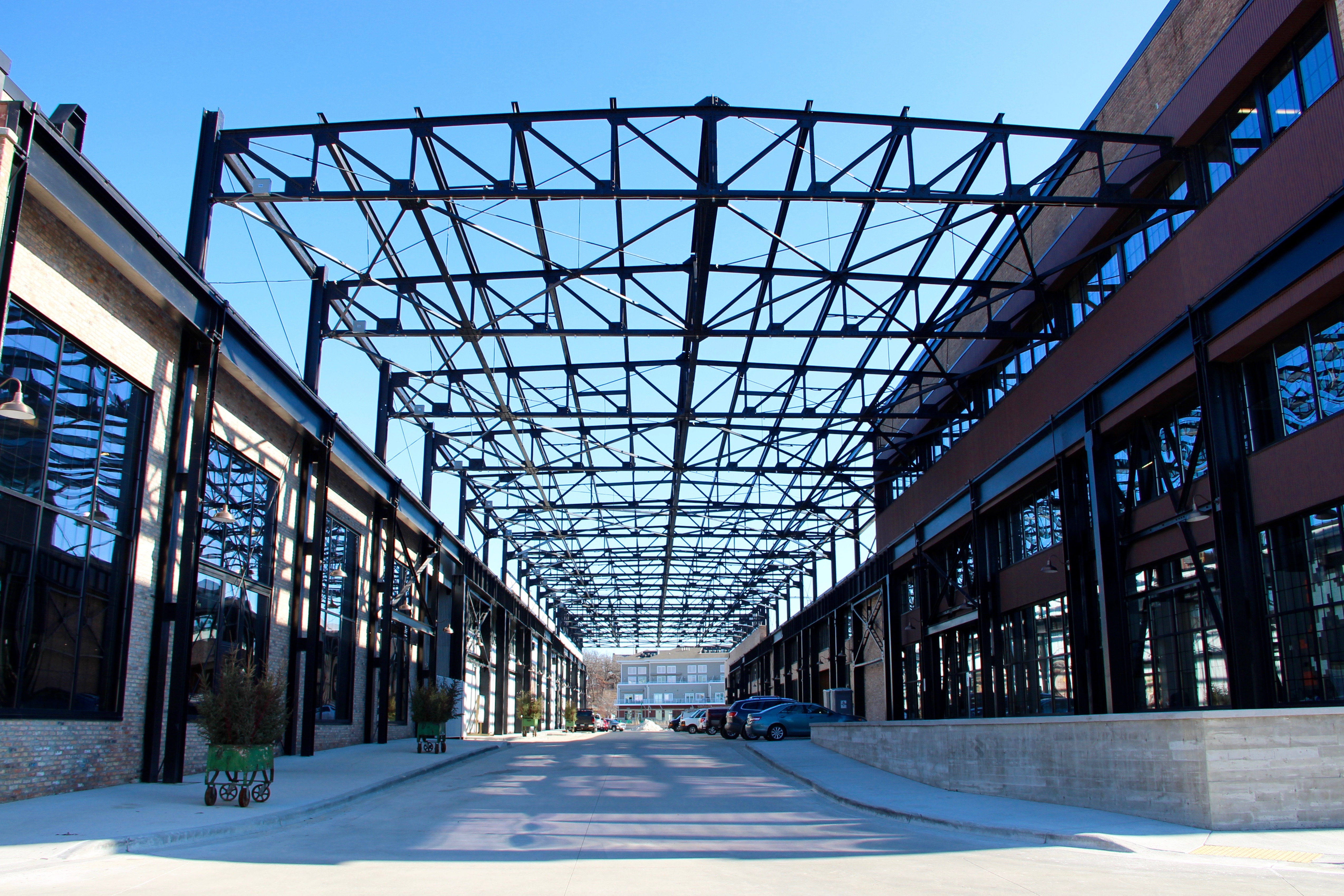 factory, they found a small engineering office sealed off.

On a desk inside the room sat an unrolled set of blueprints next to an unfinished cup of coffee. On a chalkboard was a scrawled message, probably written by the last worker in the room the day the plant closed.

But the fat lady never actually sang at the defunct foundry. Or if she did, she’s now singing another tune.

More than half of the former foundry, which at one time employed about 2,000 people, has been renovated thanks to a $30 million redevelopment project. And it has become something new: a hub for more than a dozen high-tech startups.

Three of the newer companies in the Ironworks—Comply365, FatWallet.com and Acculynx—are fast-growing tech firms whose clients range from multinational airlines to major retailers.

Another company, Universal Acoustic and Emission Technologies, which moved into the Ironworks in 2012, now employs up to 150 workers. It uses about 100,000 square feet of space to build specialized sound-deadened emissions equipment for industrial facilities.

The Ironworks’ new life has begun to transform Beloit’s downtown from a center of manufacturing to a garden of venture capital dreams that have taken root and are now budding.

Rob Gerbitz, CEO of Hendricks Commercial Properties, calls the transformation of the old foundry space a “daily archeological find.” It’s an exhumation and revival that’s been ongoing since 2002, in the months after Hendricks and her late husband, Ken, teamed up with a group of investors and bought the 24-acre site.

“It’s not an overstatement to say Beloit and its downtown could have slipped into an abyss after the Beloit Corporation closed. The lights go out in 1999 on a Friday night and never come back on, and if nobody steps in, you’re probably really in trouble,” Gerbitz said. “Quite frankly, we believe the redevelopment of the Ironworks, and the employment that continues to bring, is the future of the city of Beloit.”