Janesville airport lands new restaurant after years without one 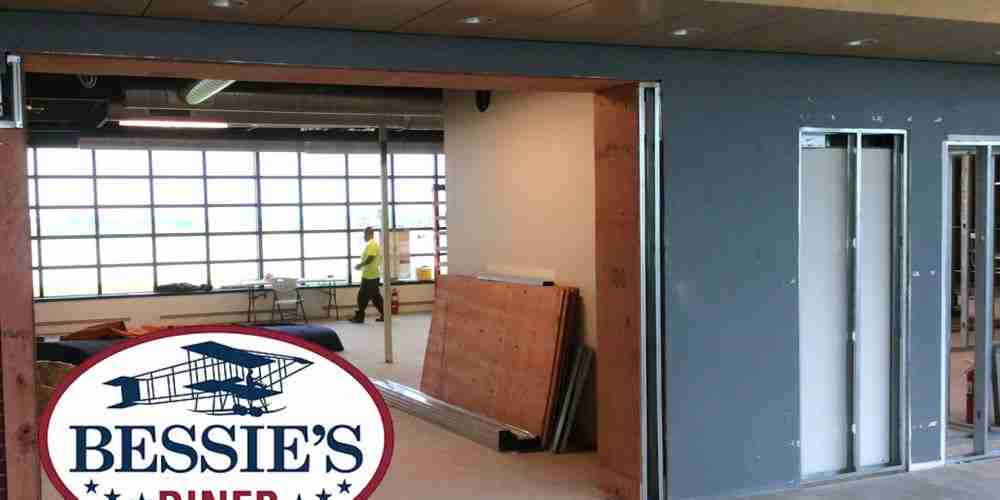 JANESVILLE: After years of being vacant, the restaurant space at Southern Wisconsin Regional Airport soon will fly again. This time, it’ll fly with fresh-baked biscuits, cinnamon rolls and other early-bird and lunch-hour specialties, the new restaurant tenant said. Beloit restaurant group Geronimo Hospitality Group plans this summer to open Bessie’s Diner—a new, aviation-themed breakfast and lunch restaurant in 3,600 square feet inside the airport’s terminal, 1716 W. Airport Road, off Highway 51.
A buildout is underway (by Corporate Contractors Inc) to turn the space into a 1950s-themed diner with a “family-friendly” theme that celebrates classic diner food and the history of flight. It’s named after Beloit native Bessica “Bessie” Raiche, who is credited with being the first woman to fly an airplane solo.
The Rock County-owned airport had a restaurant in its terminal from the 1960s until 2013, although its ownership and occupancy changed frequently in recent years. The restaurant space has been vacant since 2013.
The Great Recession and its lingering effects put a dent in airport traffic, but in the years since, the county has invested money into the terminal. In 2016, the county finished $3.2
million in renovations to the terminal, including $70,000 in work to ready the restaurant space in hopes of luring a new tenant.
Airport officials and a Geronimo executive said they hope the restaurant will boost visits by diners who are pilots and draw new local visitors.
Jeff Whiteman, Geronimo’s chief operating officer, said his hospitality group has had its eye on the airport for years. He said the company got serious about it when it developed an aviation concept wrapped around Bessie Raiche, who in 1910 made the first female solo flight of a biplane she’d built in her yard. Raiche had no flight experience and no training.