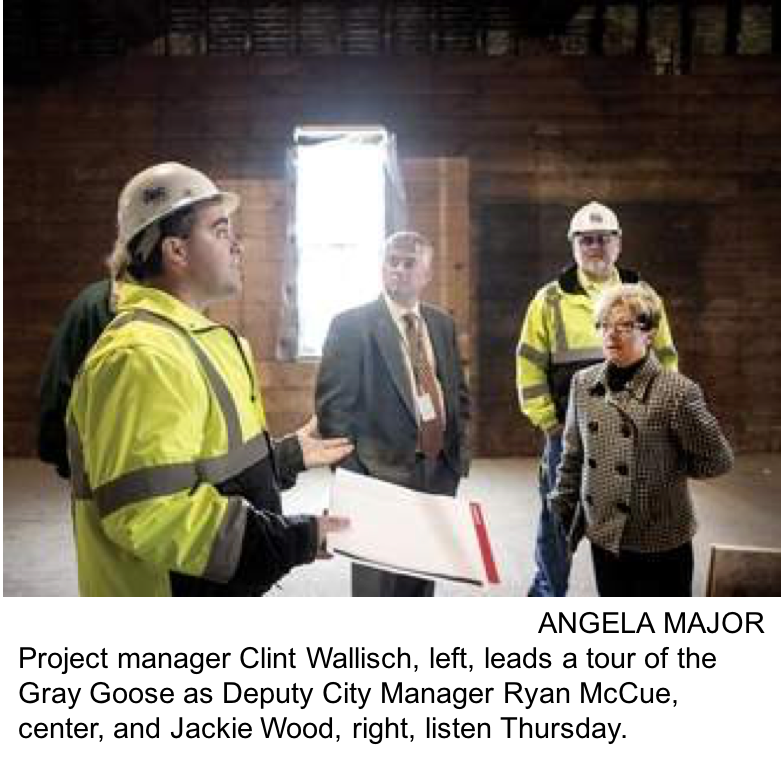 JANESVILLE—The phrase “honk if you like tax credits” isn’t printed on a sign out front of the soon-to-be fully rehabilitated, four-story Gray Goose warehouse on North Academy Street in downtown Janesville.

But anyone who owns a big, century-old building that needs work might be obliged to give their horn a toot when they see what’s being done at the Goose and a few other properties in downtown Janesville.

Depending on the market for commercial rents and the caprice of those who’d want to rent fully renovated historic downtown properties, there’s never been a time in which tax credits could be a bigger boost for renovations that could otherwise hang as an enormous financial burden on property owners.

“There’s no way this project could have been done without the state and federal tax credits. No way,” the Gray Goose’s owner, Mark Robinson said in an interview this week.

Together, the state and federal tax incentives would total about $1.8 million for the project. Add on city tax increment financing loans for the project totaling $500,000, according to city records.

The city incentives are aimed at pushing ahead a development that would fix up what was a blighted, 24,000-square-foot warehouse that is 105 years old.

The work, which includes major brick repair to the building, a new roof, new staircases and elevator, and insulation of the facility, to name just a few fixes, will total $3.2 million, Robinson said.

He’s renovating it to house his own realty office and one of the expansive, open floors will hold the main offices of Janesville web developer Foremost Media, whose owner, Jon Ballard, is a partner in the project.

Left over for someone else to rent are 8,000 square feet.

On Thursday, the project’s contractor, Corporate Contractors of Beloit, and Libertyville Architect Hezner Corporation met at the property with Jen Davel.