Sand Valley: One of the biggest current golf developments in the US | Corporate Contractors Inc.

Sand Valley: One of the biggest current golf developments in the US 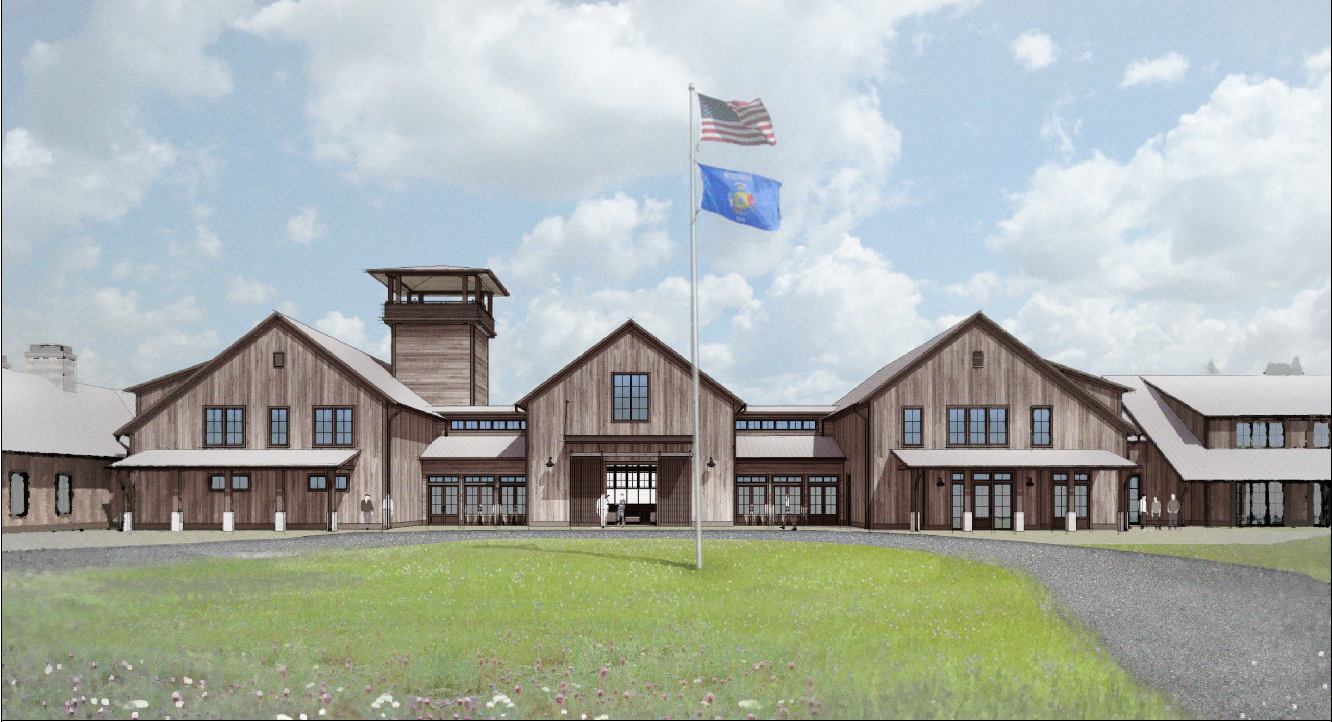 While CCI makes progress on the Clubhouse Lodge at Sand Valley, the incredible multi-course design was recently featured in leading golf industry publications.

The Sand Valley Golf Resort is being transformed into a national golfing destination. The golf development lies on about 1,500 acres near Lake Arrowhead in the Town of Rome and could include up to five golf courses when its complete. CCI began construction on the 30,000 sq-ft lodge earlier this summer. The bar area and fourteen rooms for lodging will be complete next June.

CCI is proud to be part of the Sand Valley construction team!

As Sand Valley prepares to open next summer, Mike Keiser talks about his successful formula

Mike Keiser: All 18 holes on the first course, the Bill Coore/Ben Crenshaw course, are now playable – the entire course became available for preview play on Labor Day. the first six holes on the second course, by David McLay Kidd, have been seeded, and we have prepared another 10 for irrigation and seeding by next May. The clubhouse is scheduled to open next June, with a dining area and a bar, and 17 additional rooms. We’re going to be digging like crazy between now and then to have the property ready for players and media members coming to Wisconsin for the 2017 U.S. Open, and for the public to enjoy the grand opening on June 19.

The secret in the sand: Mike Keiser’s latest golf destination, Sand Valley, is on deck

… Sand Valley does exactly what the first course at a remote budding golf destination should do to an avid amateur: Leave them feeling good about themselves and wanting more. Which is exactly what they’ll get with Kidd’s course: More. Lots more.

Kidd’s routing, which neighbors the Coore-Crenshaw design but has almost double the turf, will roll into, over and around an extreme 350-acre parcel of Keiser’s 9,000 acres in central Wisconsin.

… McLay Kidd says that in true Keiser style, nothing at Sand Valley is being done by half. The owner’s favouring of ‘real golf’ has lead to both courses being all fescue, with the only exception being on the greens, which use creeping bentgrass.

“As well as out on the course, a lot of effort is being made to rehabilitate the out of play areas back to the pine barons, which is what would have been there a thousand years ago,” said McLay Kidd. “Keiser is very keen to reestablish those ecological and environmental factors back on the site. As much effort is going into that restoration project as is going into creating the golf courses.”